Thank you for all the excitement and support around our My Hero Academia Live Concert! All free concert tickets have now been claimed, and we look forward to sharing this special event with you on Friday night!

Funimation, soundtrec, and SOHO Live are orchestrating a celebratory event of plus ultra proportions when the music of composer Yuki Hayashi comes to life at Anime NYC with the My Hero Academia Official Live Concert on Friday, November 19, 2021 in the Jacob K. Javits Convention Center in celebration of My Hero Academia: World Heroes’ Mission releasing in theaters October 29th.

This concert will feature composer Yuki Hayashi live and in-person at Anime NYC.

The event is co-organized with the Consulate General of Japan in New York. 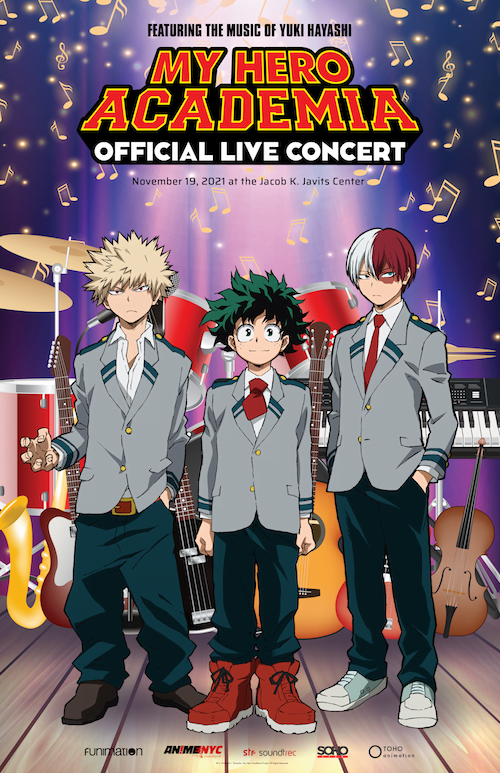 Get ready to experience My Hero Academia like never before in an electrifying live concert featuring music from the first five seasons of the series to relive all of its most iconic moments.

The My Hero Academia Official Live Concert will be a high-energy event featuring a rock band with epic orchestral elements, performing all-new arrangements of the My Hero Academia soundtracks written by Yuki Hayashi himself, while above the band a giant screen plays synchronized HD video from the anime.

The setlist will feature My Hero Academia classic themes including “You Say Run,” “Watashi ga kita!!” (ALL MIGHT’s theme), “Trinity,” “Hero A,” and many more!

From the origins of Deku to the adventures of the U.A. students, from their dramatic battles against the League of Villains to the U.A. High School Festival, this concert will give the My Hero Academia community their ultimate fan experience.

The concert is produced by soundtrec and represented by SOHO Live, who have collaborated previously on Capcom Live: The Capcom Official Concert Tour, The Devil Awakens: The Official Devil May Cry Concert, The Rising of the Shield Hero Official Live Concert, and the Video Game Orchestra. 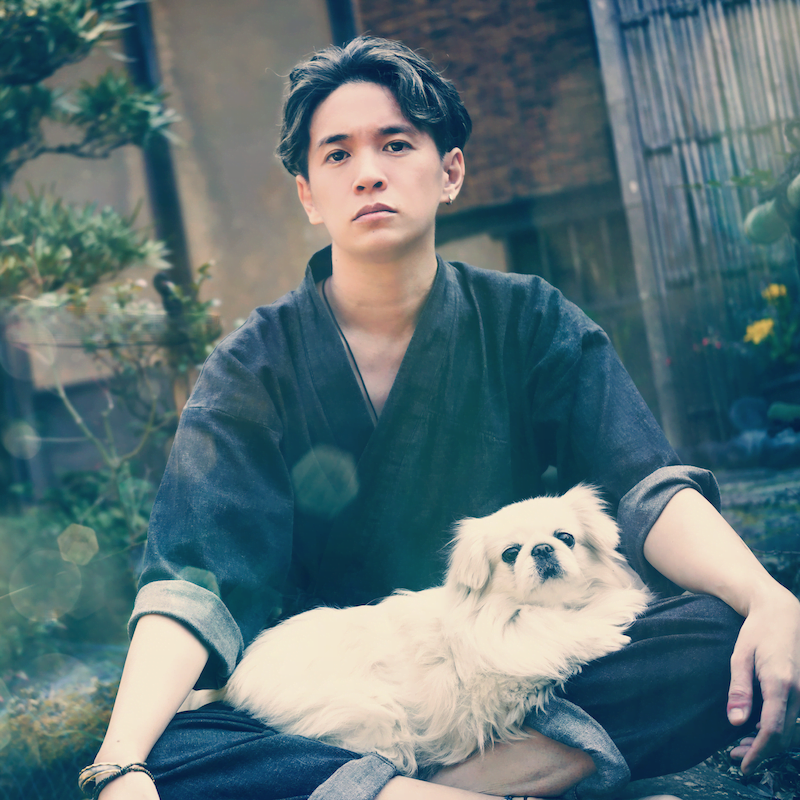 YUKI HAYASHI WILL INTRODUCE THE CONCERT LIVE AND IN-PERSON!

Yuki Hayashi has composed the music to My Hero Academia and as additional popular anime including Haikyu!!, Gundam Build Fighters, Death Parade, Kiznaiver, Welcome to the Ballroom, and more. He was born in Kyoto in 1980. Being an active member in a men’s rhythmic gymnastics team in his early years spawned his interest in BGM while selecting songs to complement performances. This led him to begin teaching himself music composition while at university, despite not having a background in music itself. After graduating, Yuki acquired the basics of track making under house techno DJ and sound-maker Hideo Kobayashi and started producing his first range of music accompaniments for dance sports. His experience as a rhythmic gymnast has enabled Yuki to intuitively incorporate an eclectic range of music and produce a unique sound, empowering scenes from TV drama, animation, and film.

UPDATE: Thank you for all the excitement and support around our My Hero Academia Live Concert! All free concert tickets have now been claimed, and we look forward to sharing this special event with you on Friday night!

My Hero Academia is a Japanese anime series based on the manga series by Kohei Horikoshi. It tells the story of a young boy, Izuku Midoriya, who lives in a universe where superpowers – or “Quirks” – have become commonplace. Izuku dreams of being a hero, although he was born without superpowers. Through the help of friends, family, and heroes, Midoriya is admitted into THE prestigious high school for heroes in training. This is where his journey begins.

If it’s anime, it’s Funimation. As the market leader in anime, we proudly deliver incredible fan experiences across television, feature films, events, collectibles, and the Funimation App. Headquartered in the US and connected by a global network, our anime-obsessed team serves the fandom in over 52 countries and 10 languages. With over 400 team members, we’ve built a global community where fans and their passion will always have a place to belong.

soundtrec is a Boston-based music and concert production company founded by Okinawa-native Shota Nakama. soundtrec has composed, arranged, recorded, mixed, and mastered the official soundtracks for AAA game titles (Final Fantasy XV, Sonic Mania, No Straight Roads) as well as major anime hits (The Rising of the Shield Hero, Made in Abyss). soundtrec has also produced the official concerts for some of the most memorable anime and video game franchises.

SOHO Live is a Tokyo-based entertainment agency, specialized in concerts of video game and anime music. SOHO Live has acted as the promoter, booking agency, and marketing agency for the official concerts of major video game & anime franchises such as Dragon Ball, Pokémon, Final Fantasy, NieR, and Capcom, bringing their live soundtracks in front of audiences worldwide.

The event is co-organized with the Consulate General of Japan in New York. 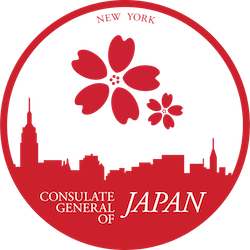