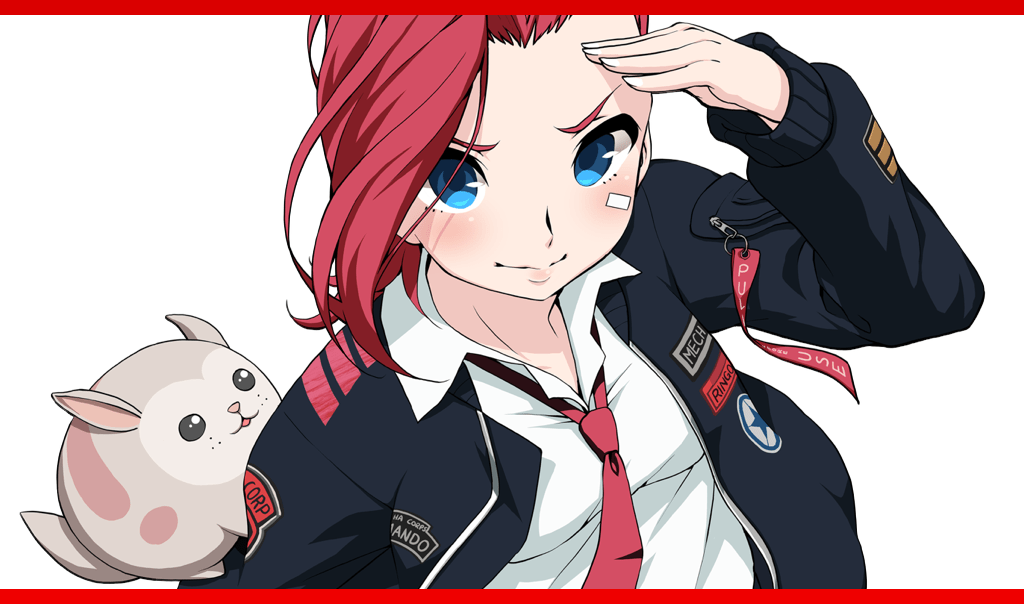 Meet Alice. She tries her best, speaks her mind, and always puts her friends first. She’s an ace on her high school’s track and volleyball teams, but she doesn’t get the best grades. She studies as much as she can, but her part time job takes up a lot of her time. See, Alice is secretly part of the NYC Mecha Corps. and whenever New York is in danger, she blasts off with her co-pilot Rocket to protect the city she loves.

Alice can be a little bit of a misfit, but she’s always loyal… whether she’s hanging out with her friends or defending her home from extra-dimensional monsters. And while she’s tough, she’s definitely got weaknesses. Specifically, sweets and chinchillas.

In fact, Alice’s co-pilot is a chinchilla. Yup, Rocket’s a super smart chinchilla who helps Alice defend NYC. He’s pretty lazy, but surprisingly brave when he’s not loafing about. He’s got a thing for sweets, too, and it shows. 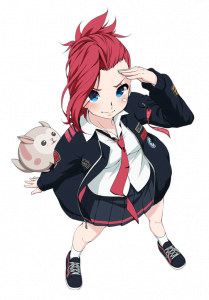 Alice was created by Anime NYC in 2018 together with our amazing friend Danny Choo. Serving as Creative Director of the project, Danny worked to bring our ideas to life, and we couldn’t be more excited to share Alice with you. Our goal was a character who embodies Anime NYC and the anime fans of NYC. We wanted her cool, cute, and tough – somebody strong all fans could love.

Now, when you look at Alice, of course, she’s in Anime NYC’s primary colors of red and black, and more than that, we thought about Alice from head to toe. Her pulled back hair, bandage, loose collar, untucked shirt, and sneakers all show Alice is an active, take-charge hero and maybe a bit of a rebel, while her bomber jacket hints at her role as a hot shot pilot.

What about her name? “Alice” starts with “A” just like “Anime NYC”. It’s also one of the most popular Western names in Japan, and there’s a bit of an Alice in Wonderland play going on, with Rocket playing a White Rabbit role, her mecha the Prince of Hearts, and those extra-dimensional monsters invading NYC from Underland. Spoilers.

And what about Rocket? This big ball of fluff with Anime NYC’s exclamation point on his side is a creation of our very own Creative Director, Paul Petyo. Paul is the person behind the Awesome Con and Play Fair mascots. He’s been known to draw cute things from time to time.

In addition to helping create Alice overall, Danny Choo recruited two amazing talents – Mamoru Yokota (Director, Designer, and Animator who’s worked on Death Note, Kanon, Macross Frontier, Naruto Shippuden, and more) and huke (Creator of Black Rock Shooter and Illustrator who’s worked on Fate Grand Order, DARLING in the FRANXX, Steins;Gate, and more) – to present their takes on Alice. Plus, Alice has been known to dress up a bit for Spring with a special Sakura edition. You can see these variants and original design sketches in the gallery below!

There’s a lot more to Alice’s story coming soon, and the next time you look up into the sky, you may see Alice flying by! 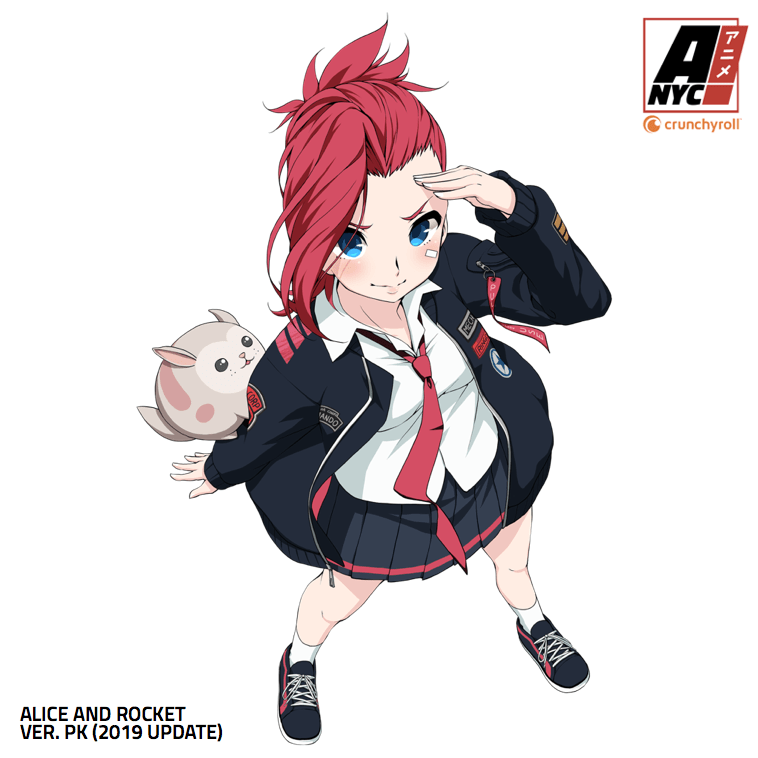 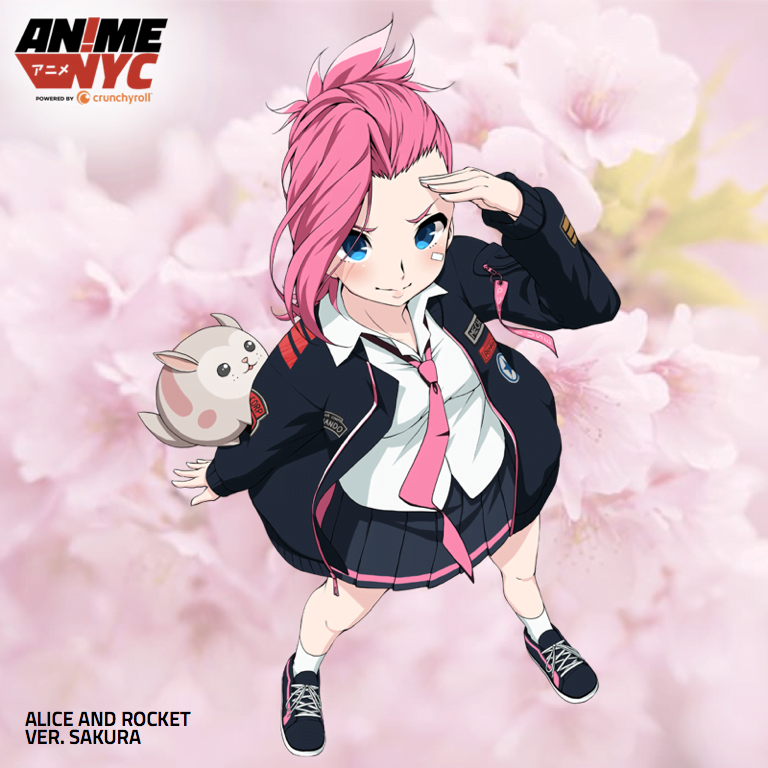 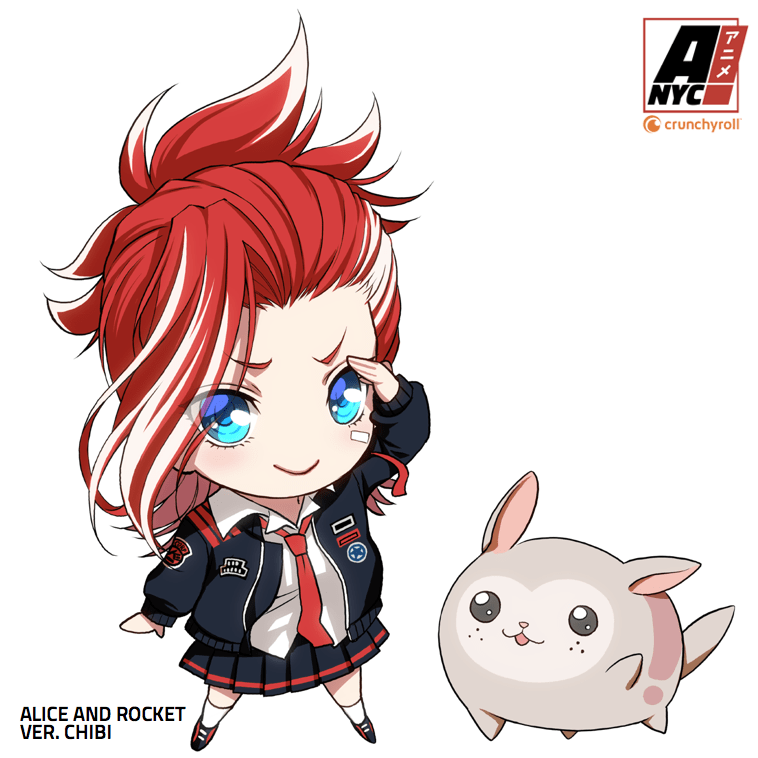 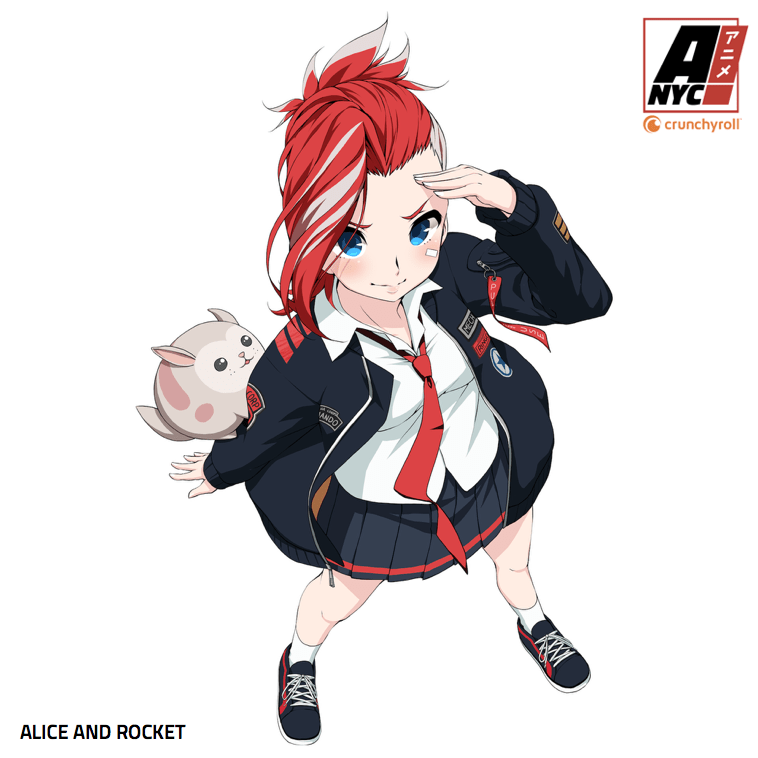 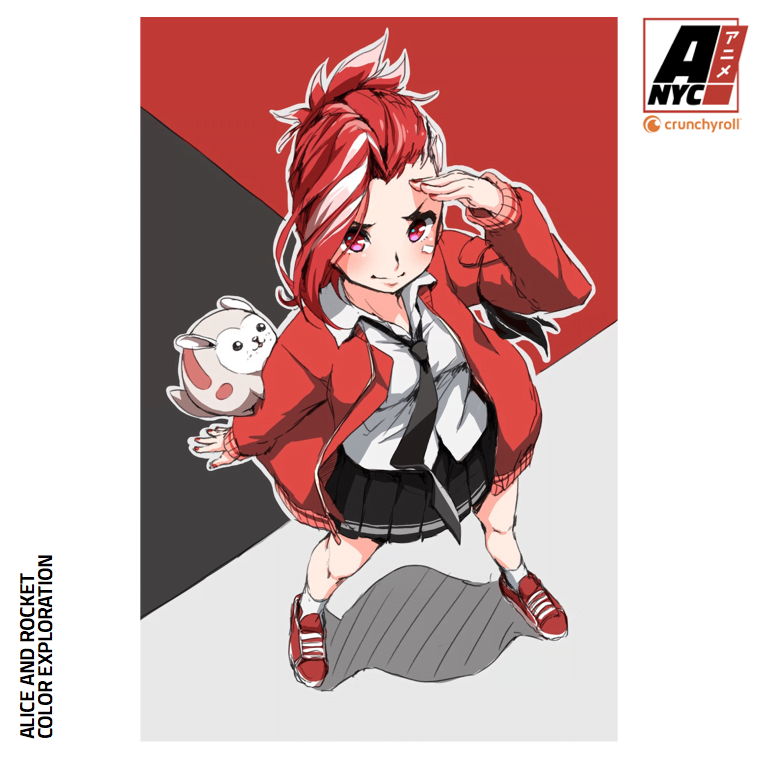 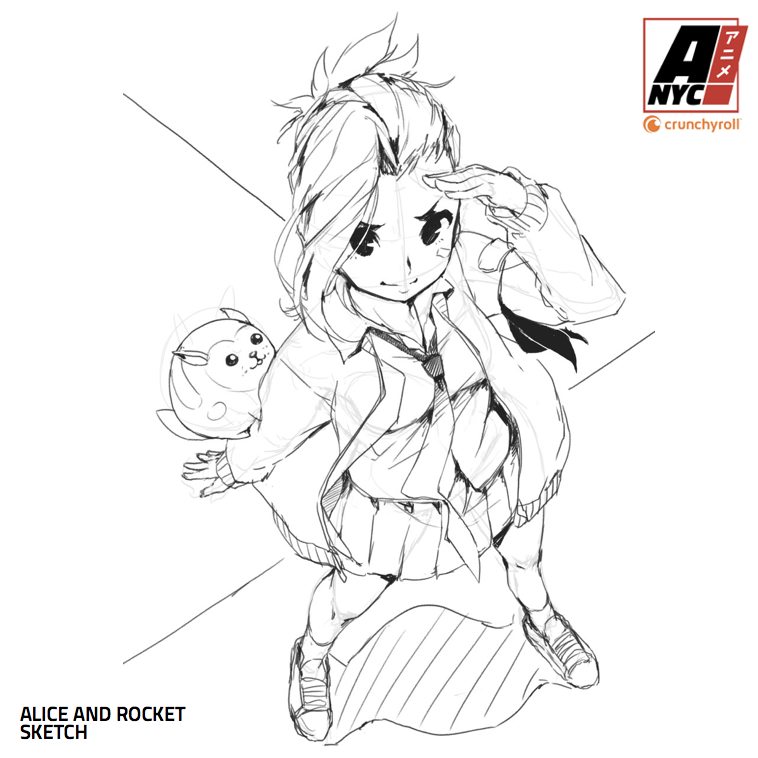 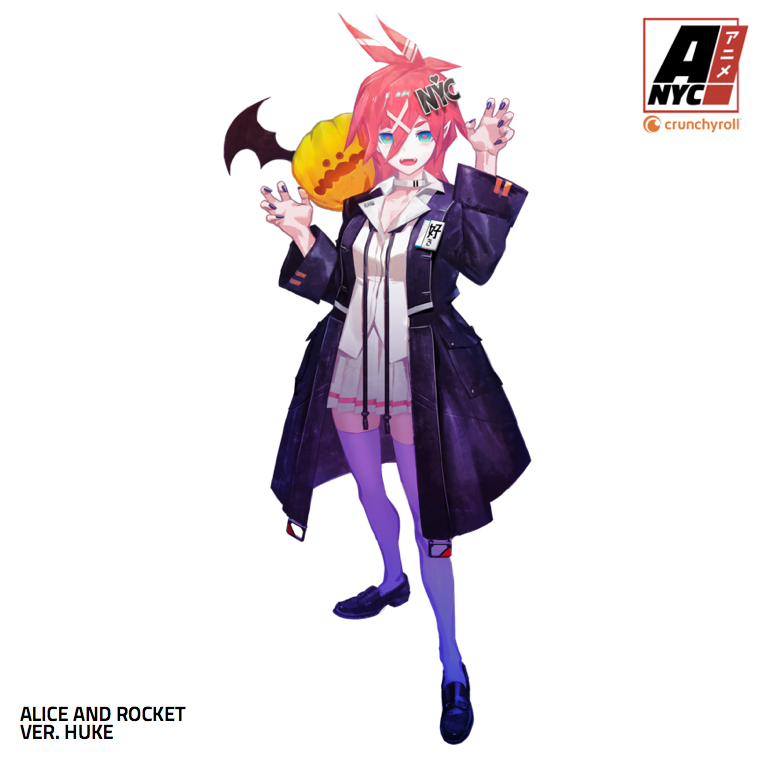 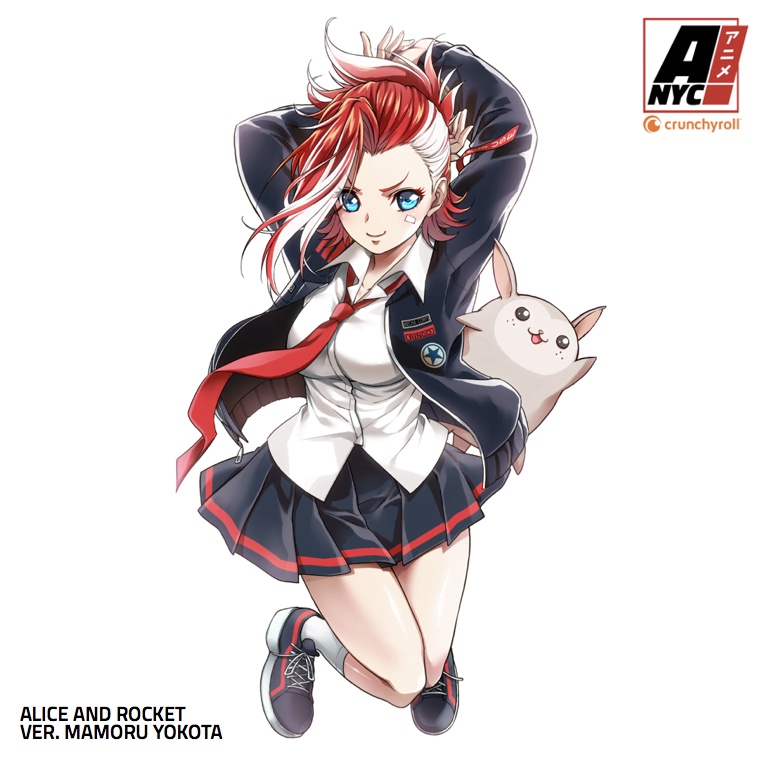 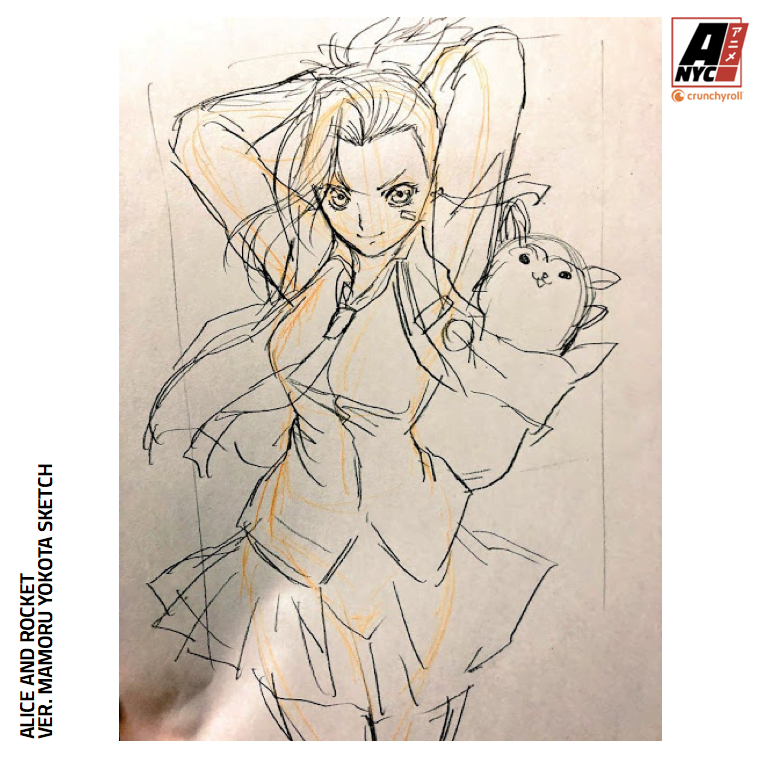 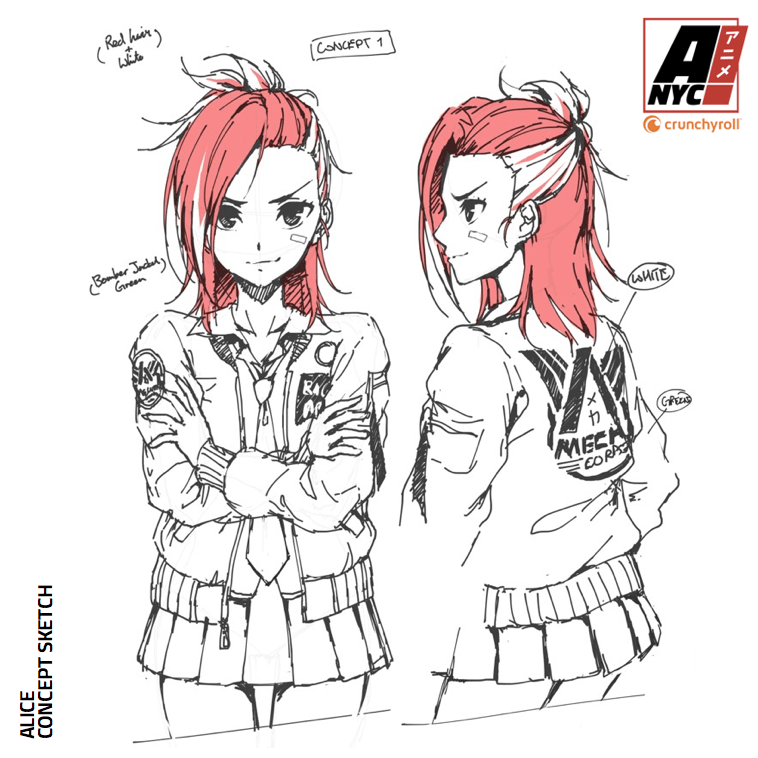 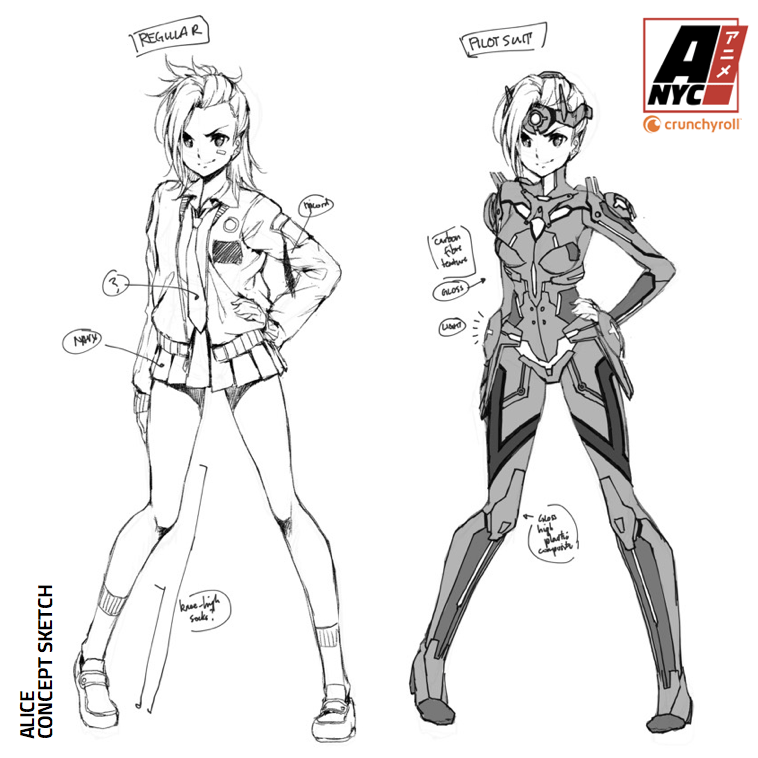 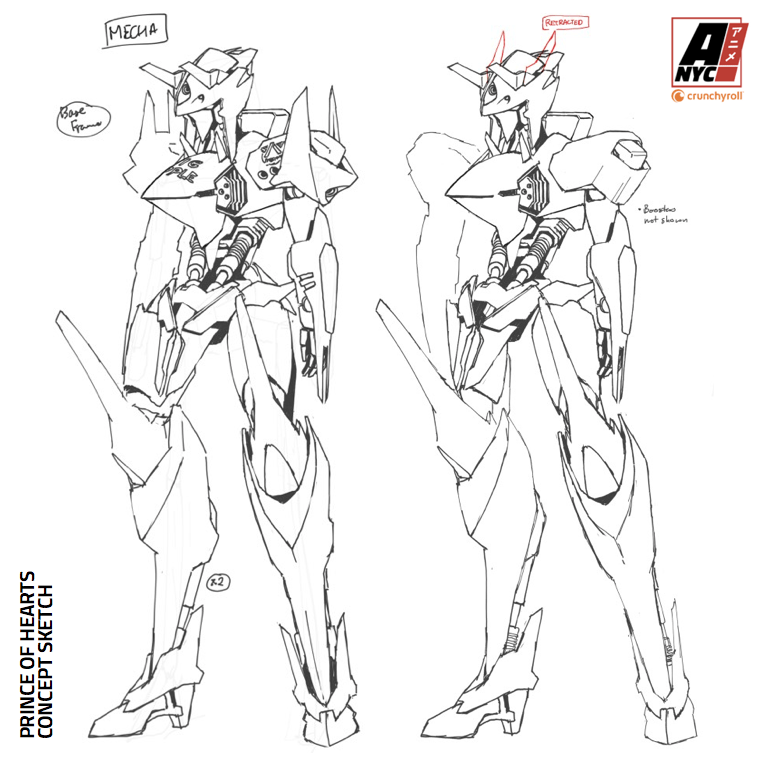 In 2019, we partnered with ten super awesome artists and asked them to give us their rendition of our mascot, Alice! We LOVE what they created and we hope you will too!

SEE ALL THE ARTWORK
OUR SPONSORS: