We love artists at Anime NYC, and in 2019, we partnered with ten super awesome artists and asked them to give us their rendition of our mascot, Alice! We LOVE what they created and we hope you will too! See them all below! 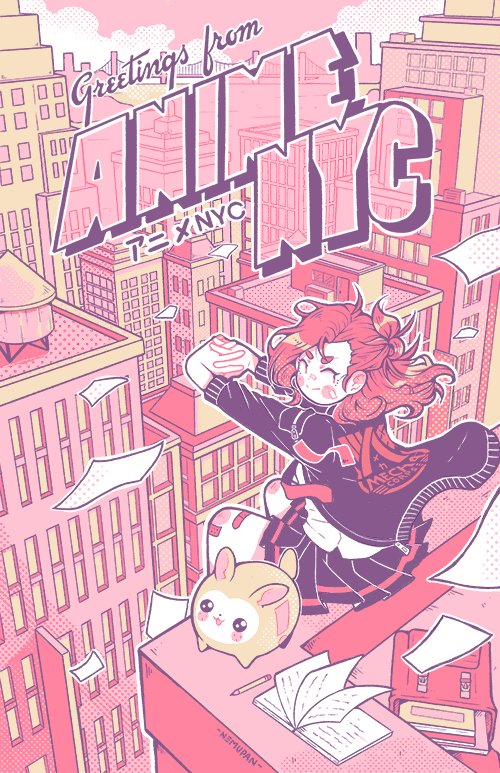 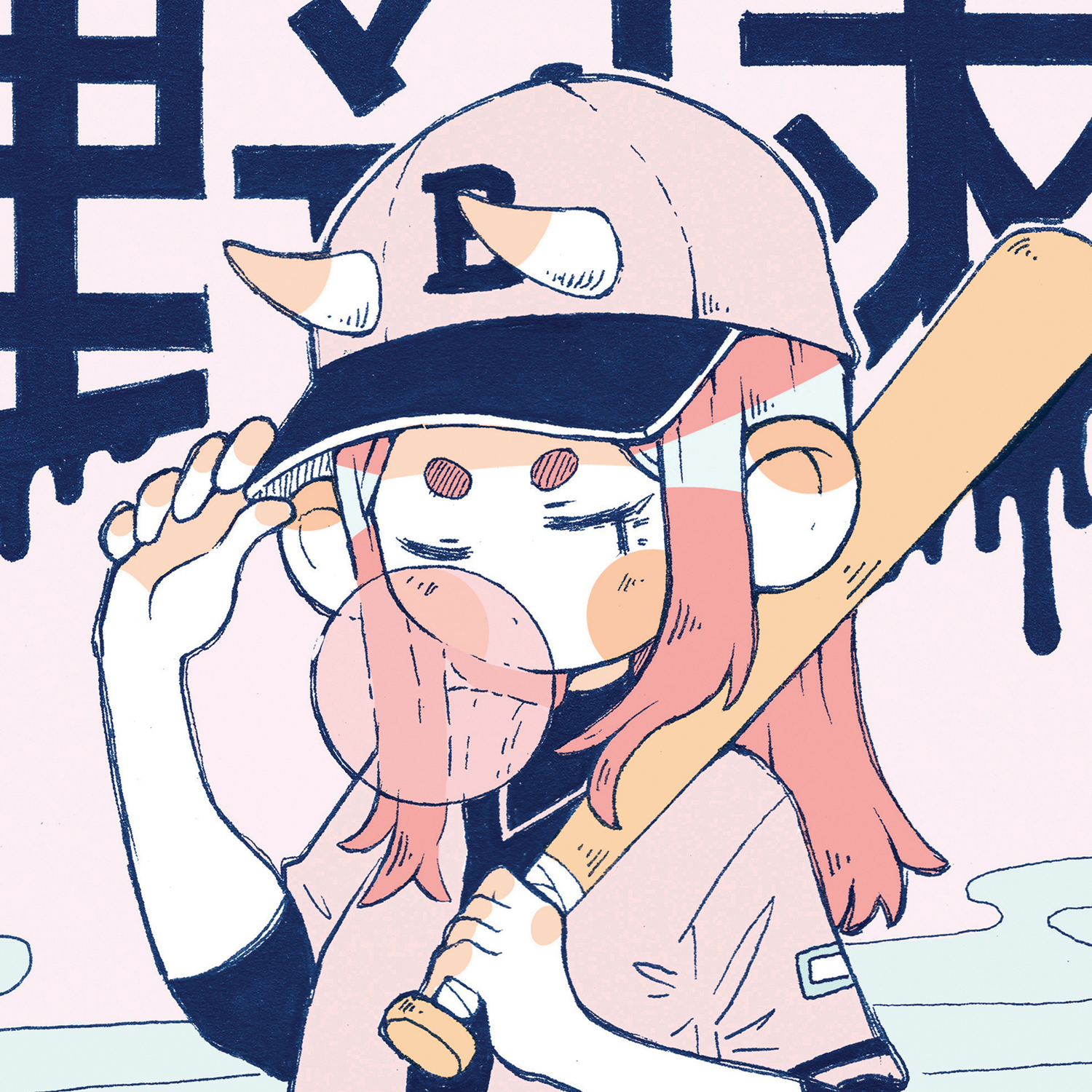 BIO
Florencia Namur, better know as Nemupan, is an artist and animator based in Santiago, Chile. She has been working as an independent illustrator for about 4 years now, feeling extremely grateful for living her dream job. It has taken her to visit different countries and reach people she never would have dreamed of meeting. Her heart belongs to art, anime, video games, food, and the color pink. She has 2 dogs and is allergic to both.

ABOUT YOUR TAKE ON ALICE
My take on the Alice Fanart was mainly inspired by the design provided by the concept sketches. She looked so tough and cool, the type of girl who could do whatever she wants, like sit at the edge of a tall building. What strikes me most about NYC are the buildings. I also got inspired by vintage Greetings Postcards, I thought it would be a really cool concept to draw all those elements combined!

Find her in Artist Alley at table B15. 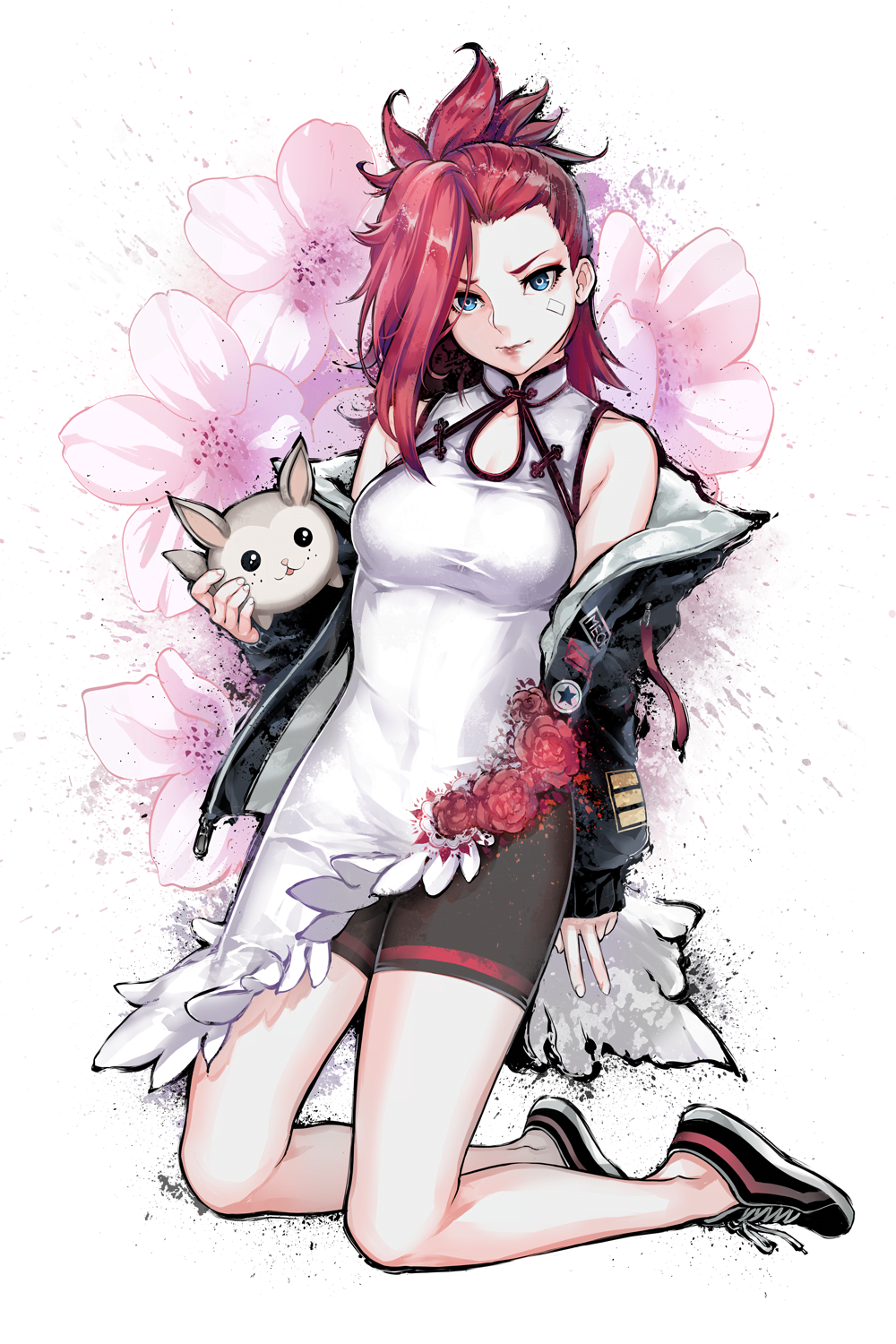 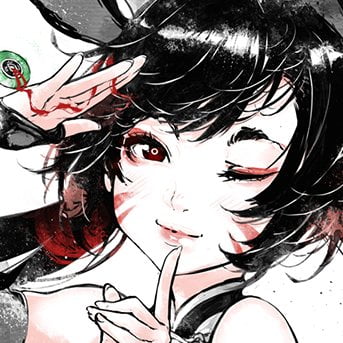 BIO
Half robot half cat. Artist specializing in Asian brushwork aesthetic and combining it with pop culture.

Find them in Artist Alley at table E11. 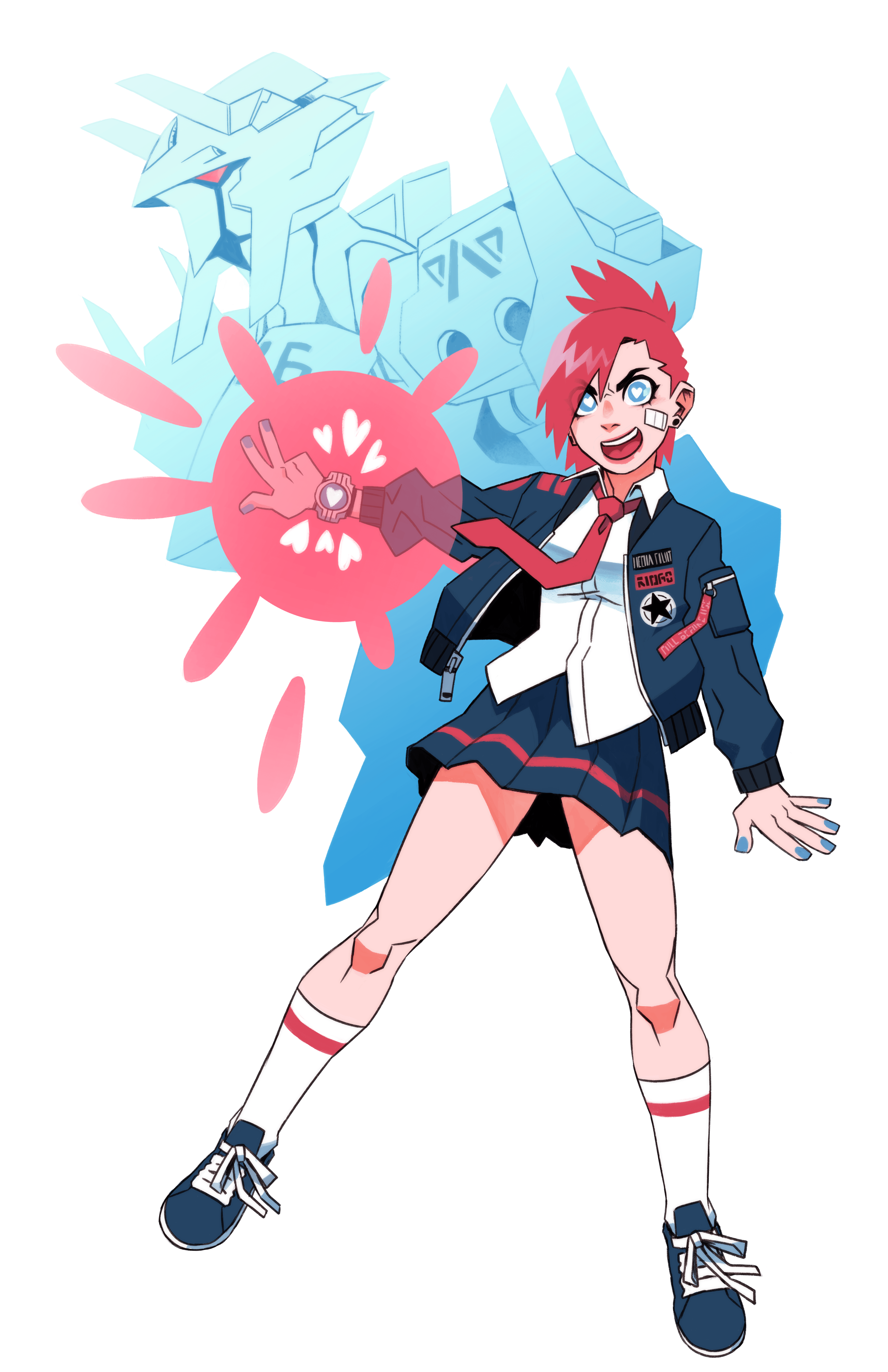 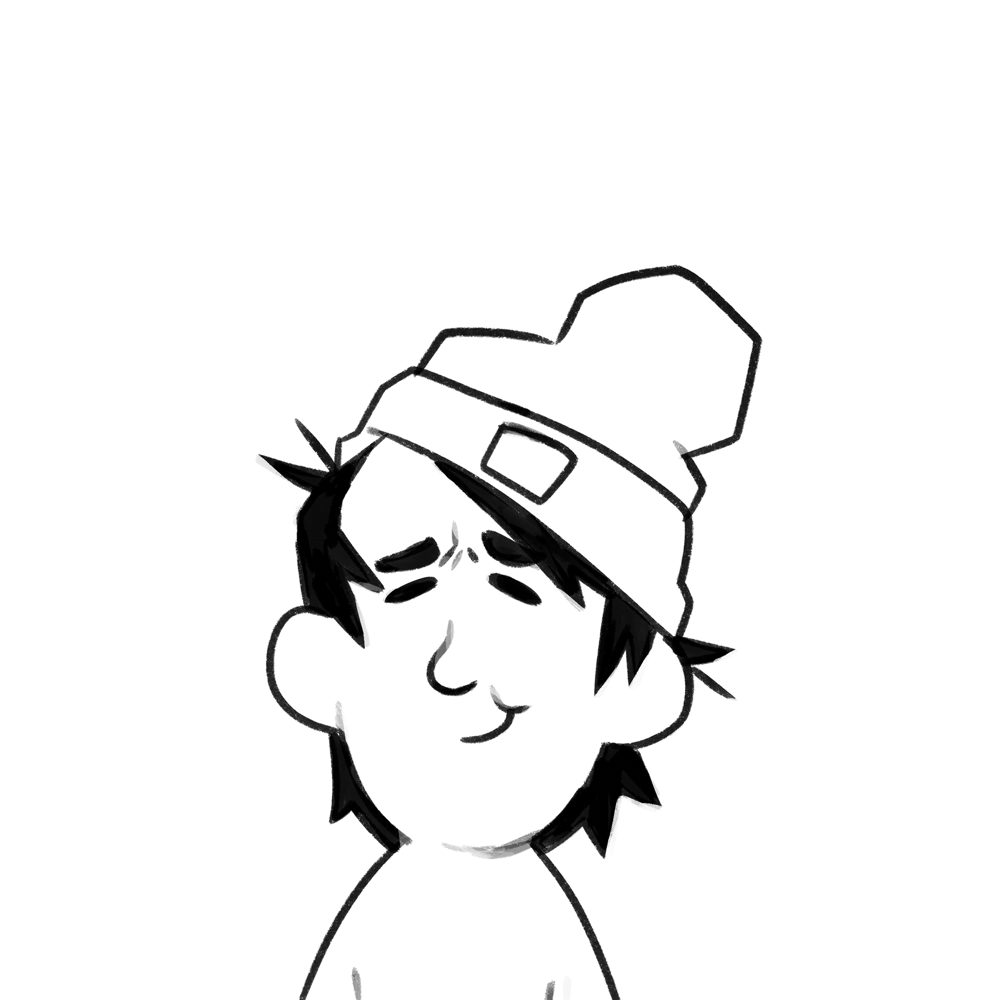 BIO
JB Betz is a Philly-based Illustrator who loves drawing cool stuff, with a focus on pre-production/concept work.

His dream is to one day retire to the mountains where he will live out the rest of his days as a member of a tribe of oni girls.

ABOUT YOUR TAKE ON ALICE
I had a lotta fun working with Anime NYC on this drawing! I mean…a hot-blooded redhead who pilots a giant robot? What’s not to like? 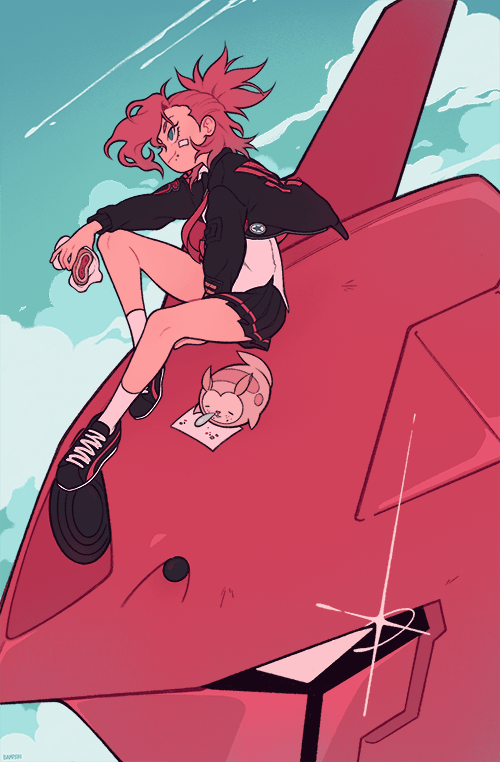 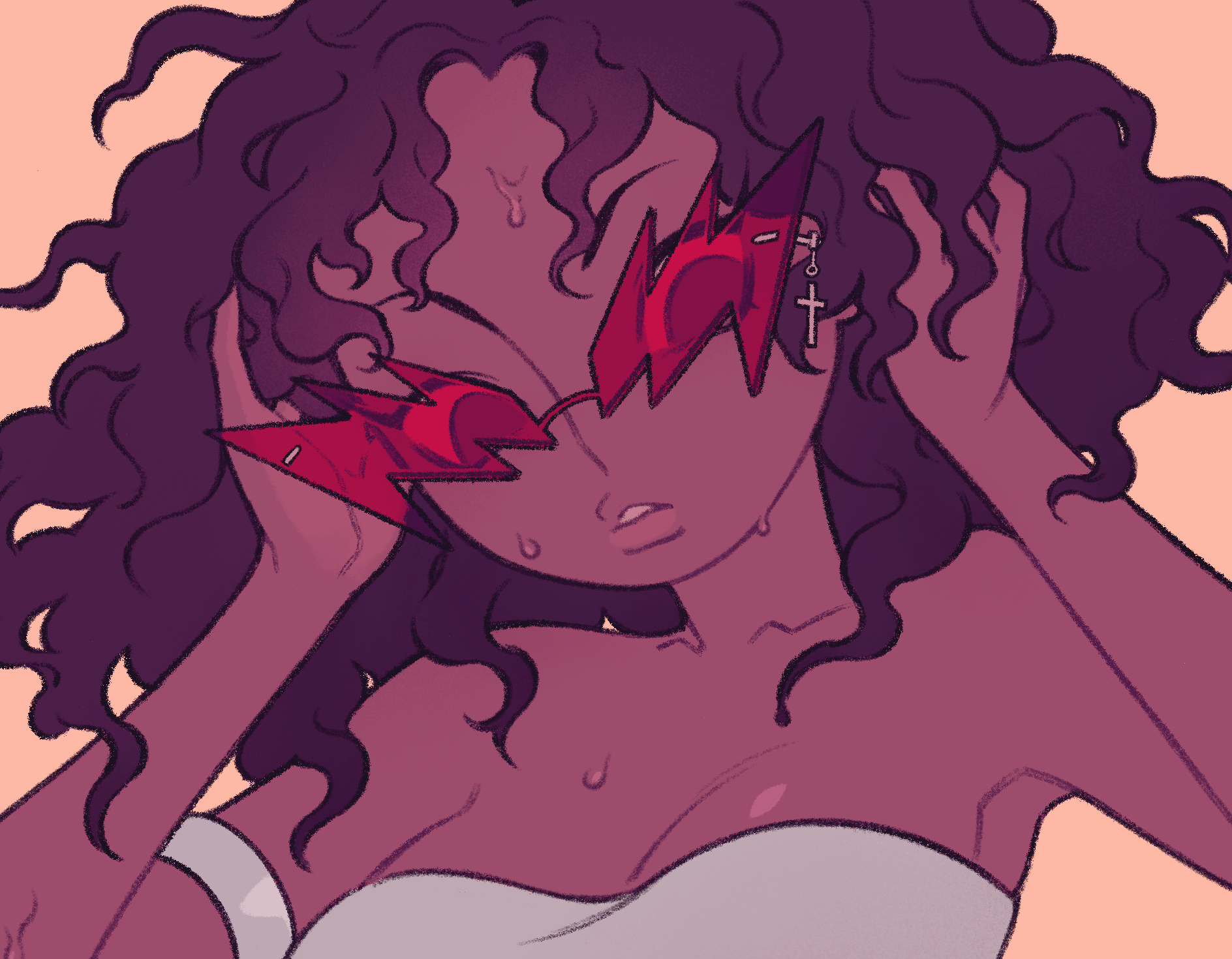 BIO
I’m a self-taught artist who specialise in digital illustration. I’m known for my simple, yet unique and stylistic approach to my art and character designs. Born and raised in South London, I create art that takes inspiration from my local communities as well as current street trends. Interests include anime, video games and (really expensive) fashion.

ABOUT YOUR TAKE ON ALICE
I was immediately intrigued with Alice’s design. Her hairstyle, including the streaks I had the most fun when drawing her. I loved the mecha design, I had to make an illustration of it with Alice and Rocket and try to make it as anime as possible. 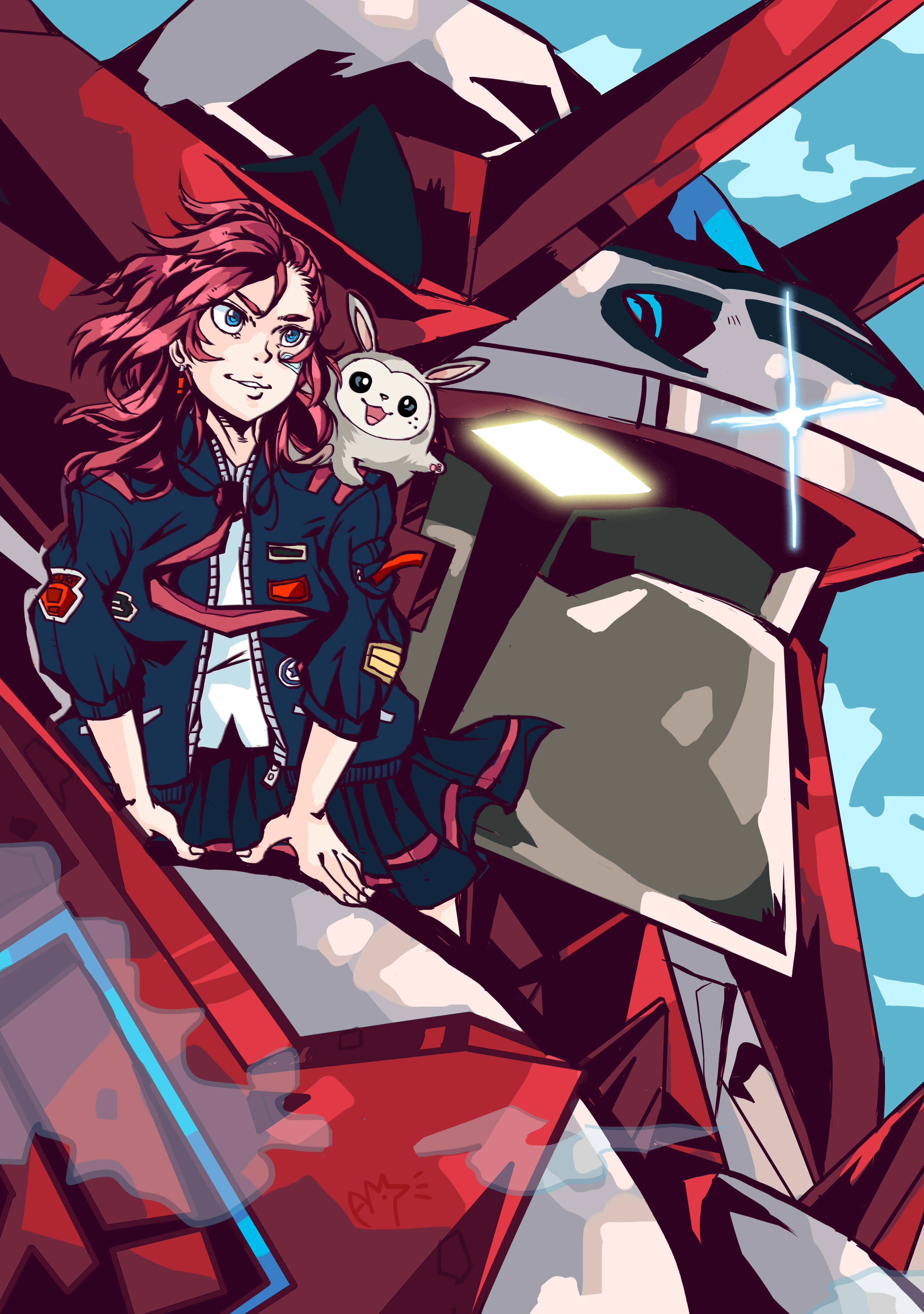 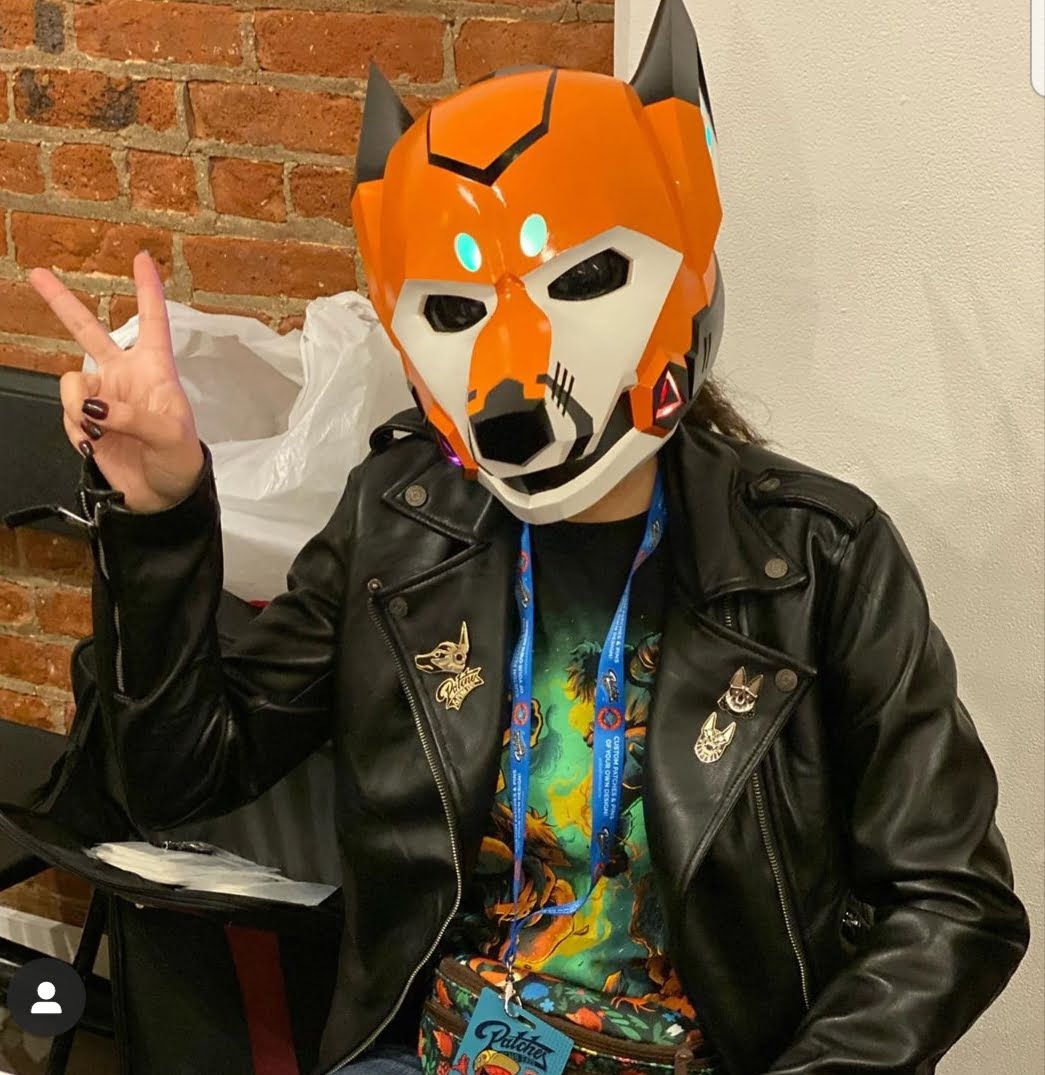 BIO
NYC’s friendly neighborhood cryptid, KDFoxx is a helmet wearing, pen and ink toting artist with a knack for education, graffiti, jazz-hop, 90’s culture, and anime! She has worked on many projects including illustration for Soho Press’s D’Arc series and character designs for the former Soup2Nuts Studio’s Wordgirl. Right now she focuses on her graphic novel in the works, Animal Arithmetic which is about troubled kids, the spiritual realm, and an invisible war.

ABOUT YOUR TAKE ON ALICE
When I heard after the second year that Anime NYC was getting and official mascot I was ecstatic! Anime NYC has been my favorite anime convention thus far in the United States for its chill crowds and awesome staff. I believe Alice and Rocket capture the essence of not only the vibe of the convention but of New York as well. I love how she pilots a flying mecha as aviation is a New York prided profession. I also like her spunk, and I am interested to see how her character evolves with time!

Find her in Artist Alley at table L10. 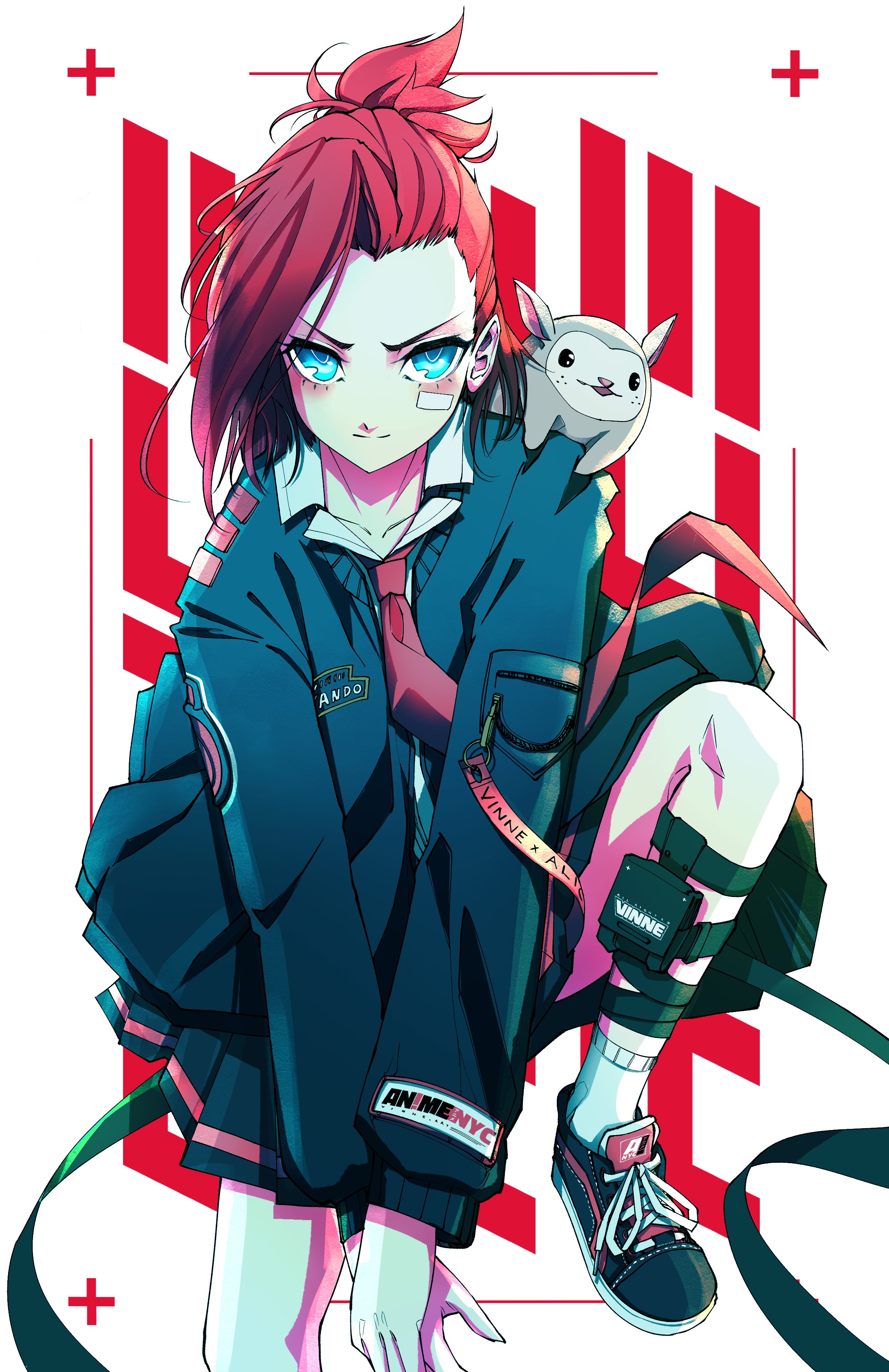 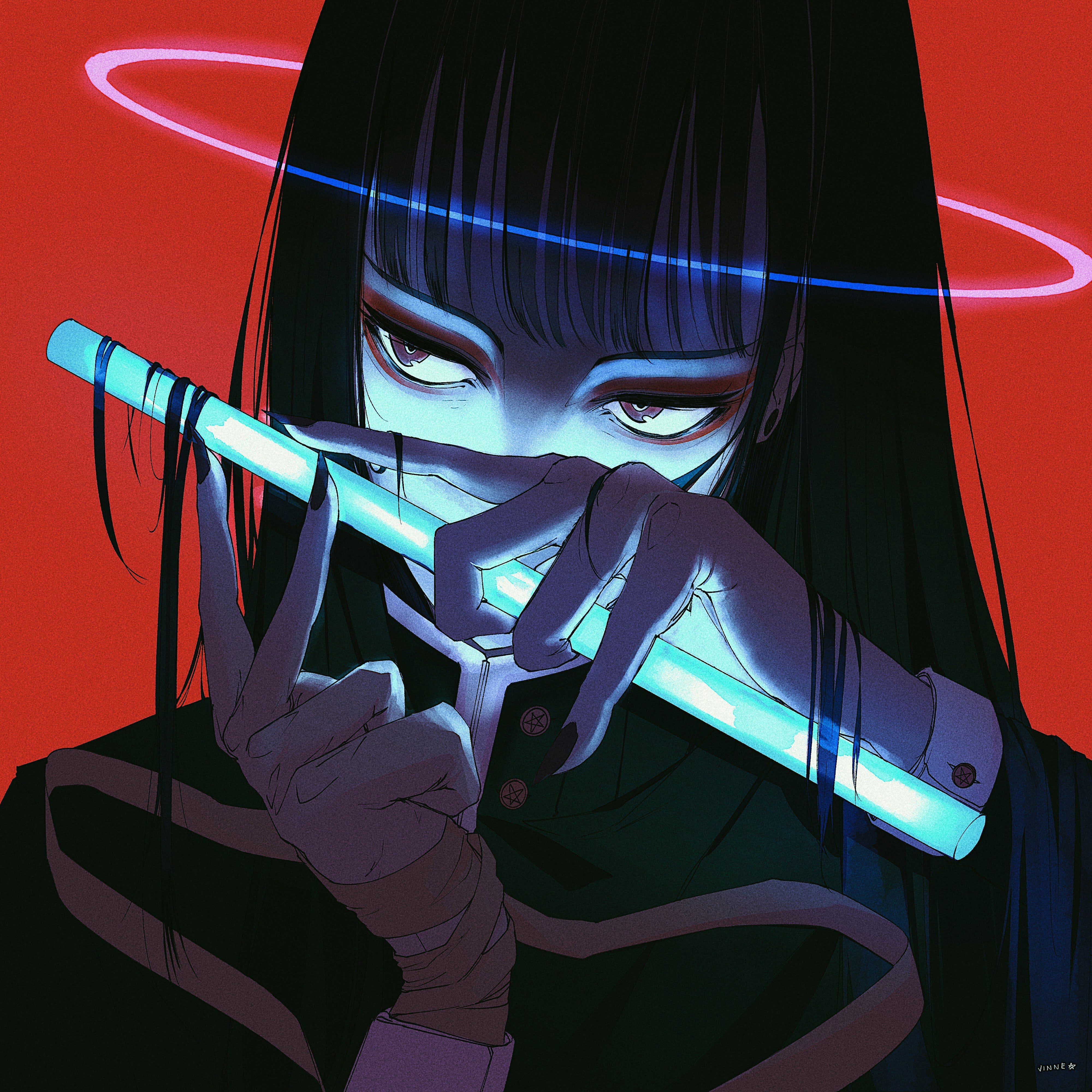 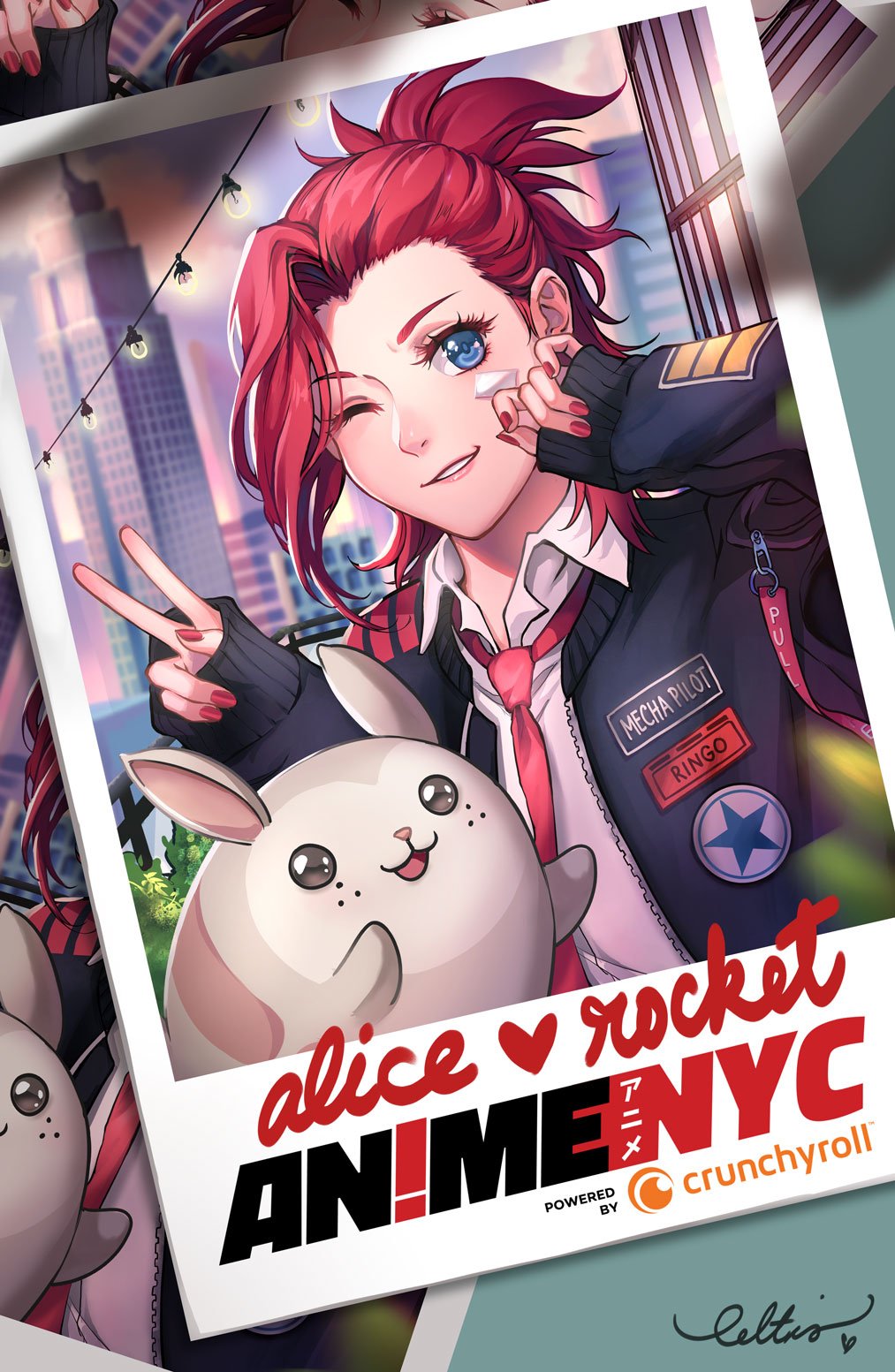 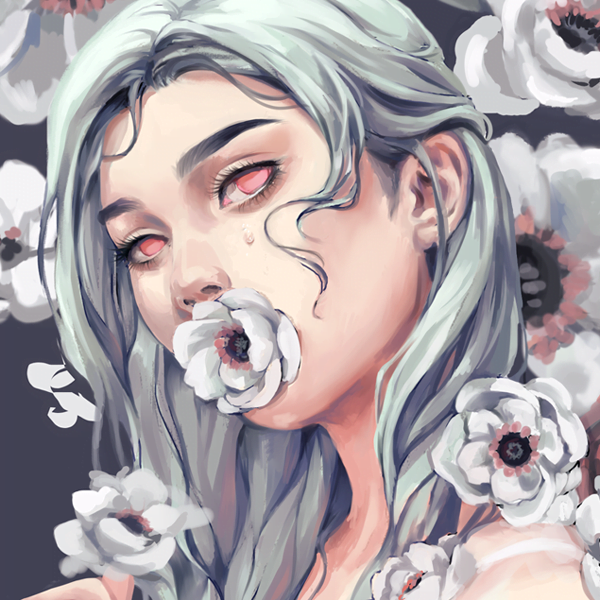 BIO
Celtis is a freelance illustrator from NYC who paints her favorite characters with a delicate, personal touch. Much of her inspiration comes from her love of visual storytelling in animation, video games, and graphic novels. She also streams art on Twitch to share her workflow and connect directly with her audience.

ABOUT YOUR TAKE ON ALICE
A handful of polaroid pictures are laid out a desk. A closeup of one shows Alice hanging out on a rooftop in New York City. She strikes a pose for the camera and her adorable pet chinchilla, Rocket, excitedly jumps into the frame. She adds a personal touch by signing her polaroid in a red marker with their names.

Find her in Artist Alley at table F15. 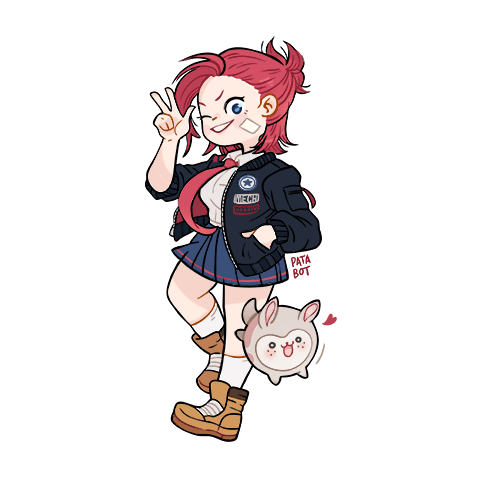 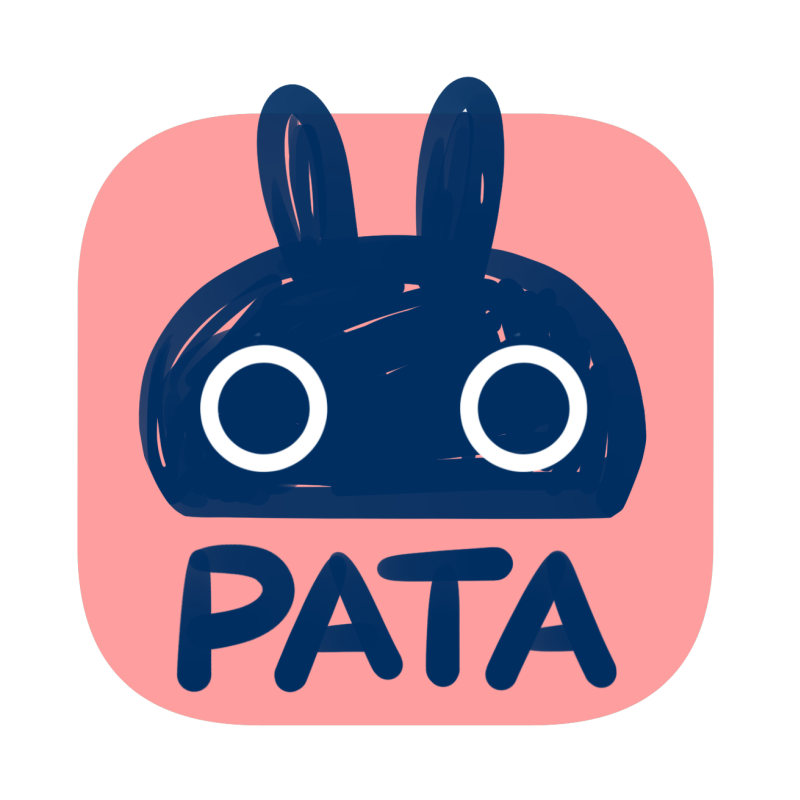 ABOUT
Pat is a Brooklyn based artist. She draws cute and silly things! Some of these things are comics. There are also enamel pins and apparel designs.

ABOUT YOUR TAKE ON ALICE
I love that Alice is a school girl mech pilot that’s set in New York City. As a native resident and a lifelong anime nerd, I wanted to allow both these qualities to come through for my take on Alice. It was important to me that she would read not only a schoolgirl but also as a normal girl you could see typically walking around New York City!

Find her in Artist Alley at table D16. 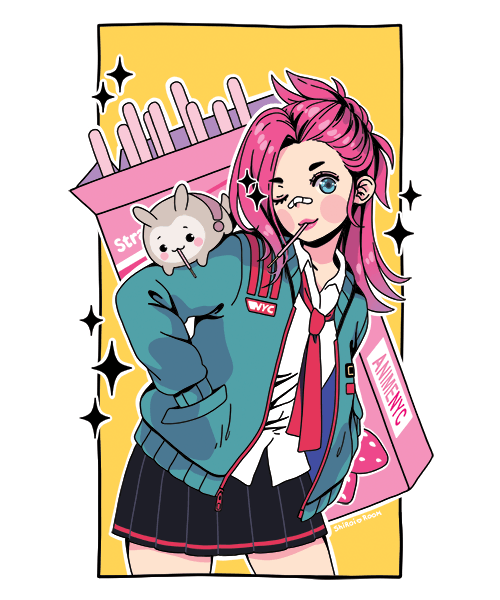 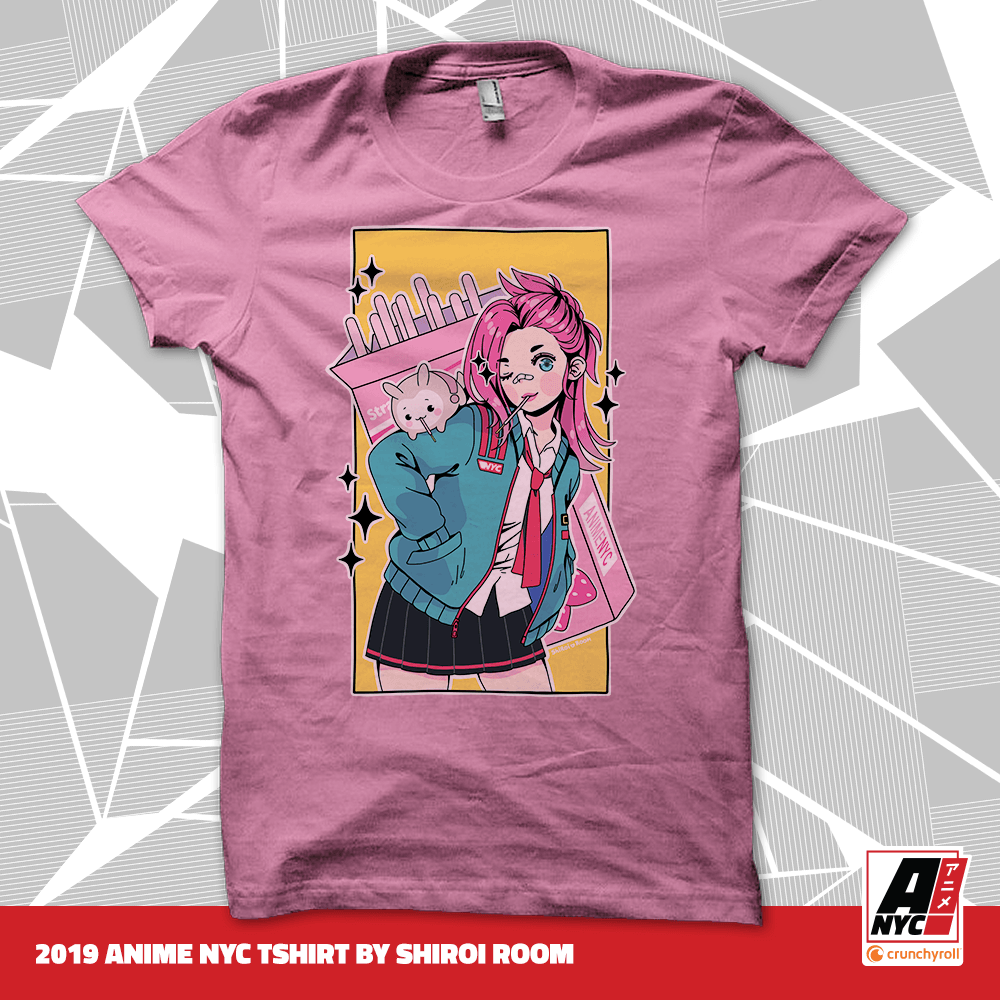 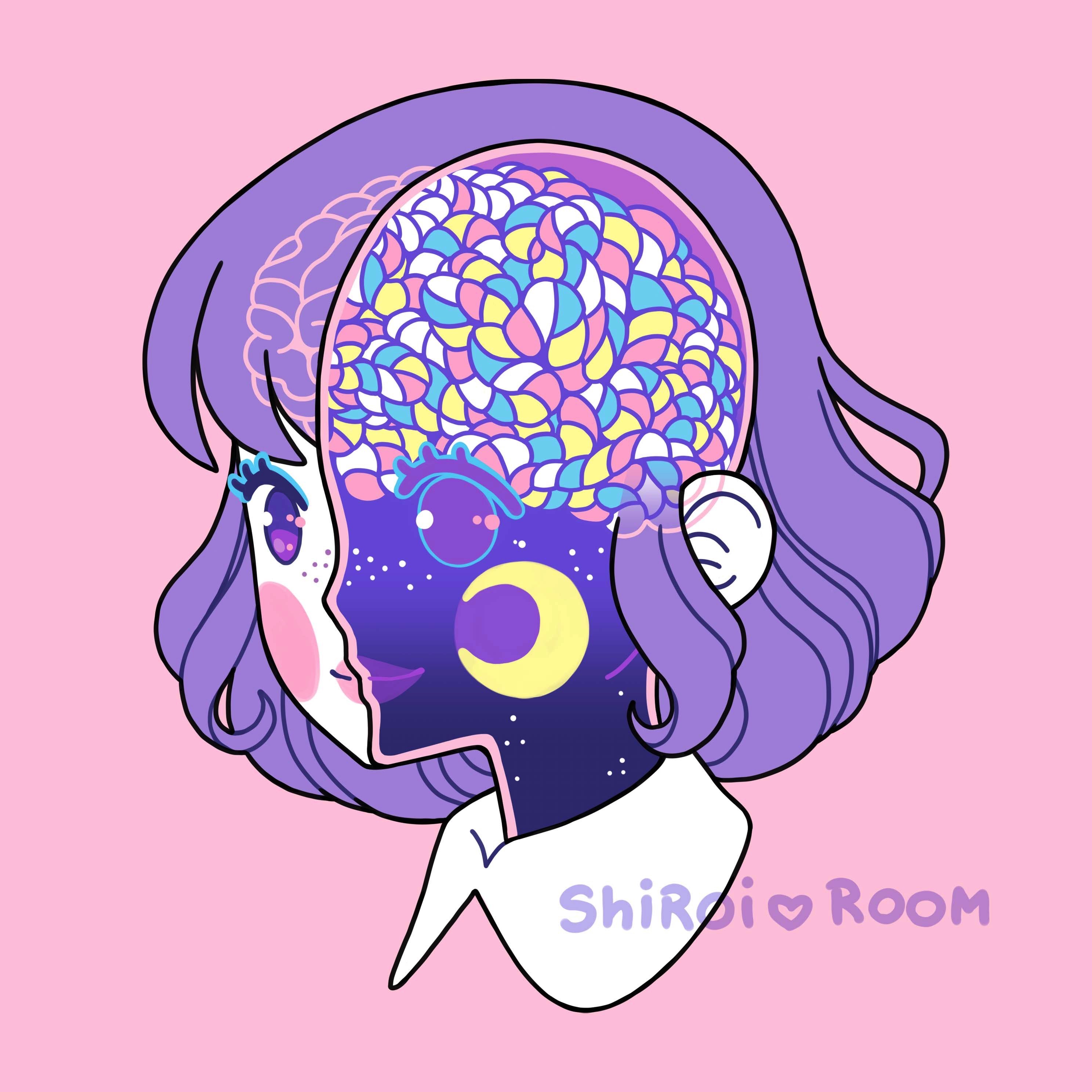 BIO
Shiroi Room was created by Nene Perez, an independent artist, and designer with a love for cute and colors. Through Shiroi Room, Nene creates art filled with gentle feelings of sweetness, happiness and soft melancholy. Inspired by street fashion, nature, everything cute and sweet, and the magical and supernatural. Her goal is to create a conceptual place of tranquility where to take a rest from daily life and come out with a smile.

ABOUT YOUR TAKE ON ALICE
When I first saw her I got the impression of her having a strong personality and I further imagined her to be a bit of a rebel and carefree. I wanted this attitude towards life to be reflected with the use of bright and bold colors and a pose that would invite everyone to hang out with her and have chill fun sharing some pocky. 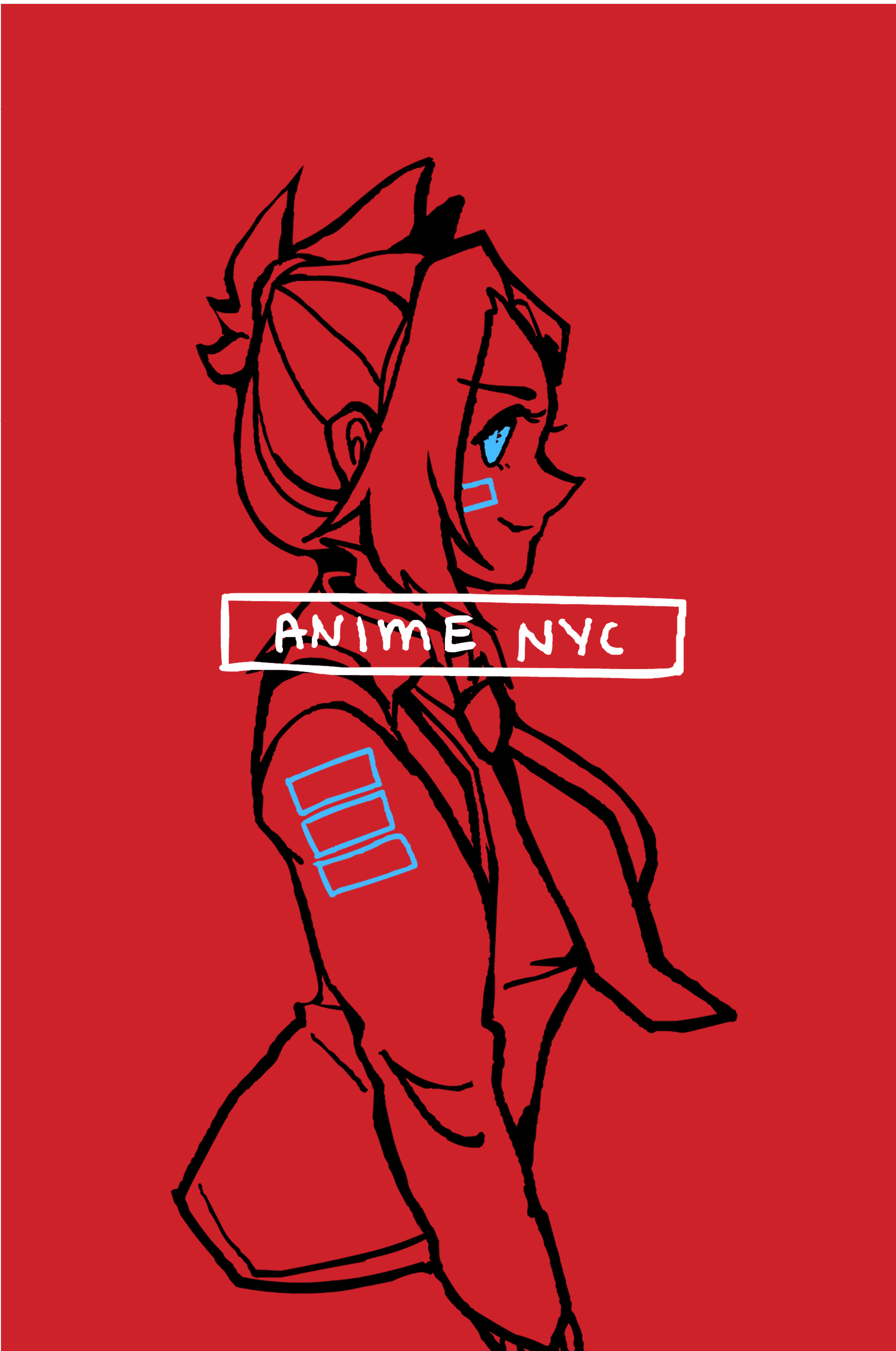 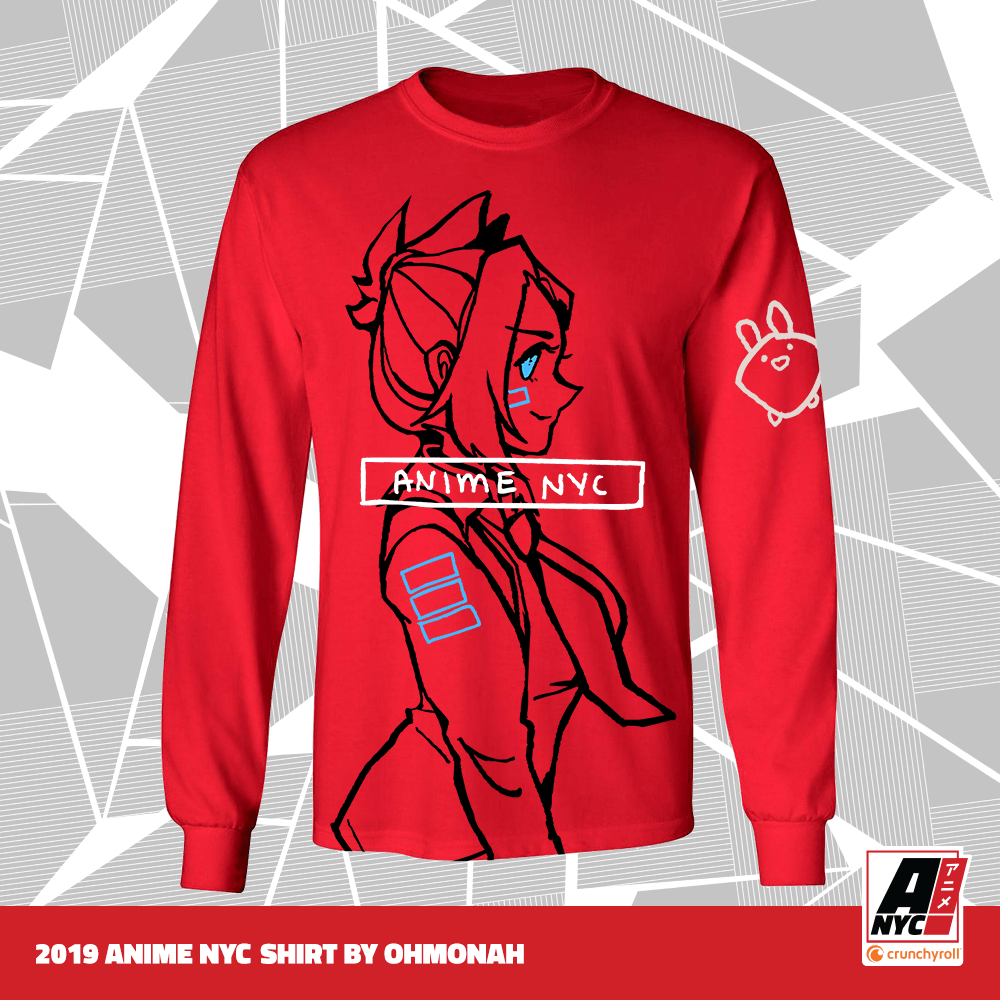 BIO
Sara Ho is the creator and owner of Ohmonah Apparel (@Ohmonah). Known by fans all over the world for it’s cozy and quirky adorable style, the brand began as an artist alley fan favorite at Anime NYC and quickly grew nationwide. Sara’s humble beginnings started after graduating locally from SVA and taking on her first job as an animator. She established her drawing chops while working on (Superjail, Motorcity, and other notable projects) over the following decade before deciding to start Ohmonah. What started as just an idea to try paying off crippling student loans and supporting her parents took off and became an overnight sensation. The rest is history. Sara is proud to be part of the official designer for Anime NYC 2019 merchandise.

ABOUT YOUR TAKE ON ALICE
I wanted to try a different style that would fit ANIMENYC and Alice’s personality. Though, a bit different than my normal style, I wanted to marry the two different worlds of Alice and Rocket, with my style. Keeping the piece minimal so Alice’s eye’s can pop and having more emphasis of ‘anime nyc’ on the front, while having a fun whimsical drawing of Rocket on the Sleeve.

It was a fun challenge and I hope you guys love it, as much as I did working on the piece ^^ – ohmonah

Find her in the exhibit hall at booth 552.